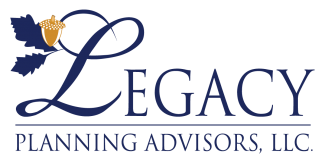 "The real value we brought to this case was the facilitated conversations that brought about clarity. Through the many conversations we had with Fred and his sister, Geri, some together and some separately, we were able to help them reach an agreement that was beneficial to both even in the midst of family tension, and without the need for an attorney." —Jerry Black, Founder & Managing Principal

Fred Sigman is a 55 year old CEO of a tire distribution business called Sigman Sales Company. SSC was founded in 1980 by Fred’s father, David. Fred joined the family business in 1985 and worked his way up to becoming CEO, during which time David gave Fred 50% of the stock in SSC. Fred’s sister, Geri Hammond, joined the business in 1990. David passed away in 1998 and bequeathed his remaining stock ownership to both his adult children. This effectively gave Fred 75% of the company and Geri 25%. As time went on the siblings began to disagree more and more on business matters, which put a strain on their relationship and on their families. Fred was referred to Legacy by a golf partner for guidance in the situation.

The real value we brought to this case was the facilitated conversations that brought about clarity for both Fred and Geri. Through the many conversations we had with the sibling owners, some together and some separately, we were able to help them reach an agreement that was beneficial to both even in the midst of family tension, without the need for an attorney.

Specifically, Geri was clearly burned out from working in the business, and the buyout agreement we formulated allowed her to afford to pursue other dreams while receiving a fair amount for her portion of ownership. The clarity that we provided Fred through multiple meetings empowered him to say things to his sister that had been on his mind for some time and take positive action for the company. Fred now owns 100% of SSC and as a result was given the freedom to dive into the details of creating a succession plan while maintaining ownership responsibilities of the business. When we work with business owners, we often find that underlying conflicts are complicating the “business of the business”. Issues of ownership, leadership, succession and exit can detract from important financial decisions critical to the health of the business.